The Importance Of Salt And Pepper Grinder 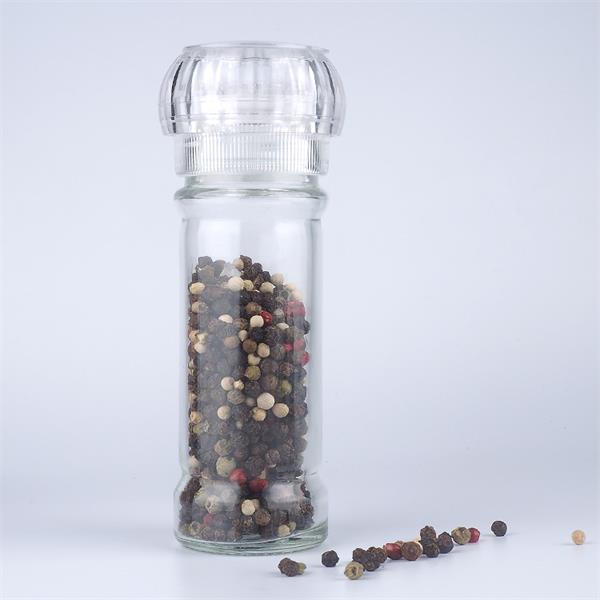 Paraphrasing, grinding is a unit operation that converts solid materials into smaller particles. In China, the initial grinding was not only used for grains but also used for medicinal materials, but the application in food was still slightly “sluggish.” It is-pepper.


Send email to us

Life is alive, eating and drinking are two words, looking at the history of human development, without food, human beings cannot survive and reproduce. Therefore, the food we take for granted is really so "great"! And from primitive people drinking blood to discovering fire to bid farewell to raw food, humans step by step use the wisdom of "food-eating" to satisfy the harassment of gluttons, countless cooking methods have emerged, and the invention of various tools has also emerged. The grinder is one of them.

Paraphrasing, grinding is a unit operation that converts solid materials into smaller particles. In China, the initial grinding was not only used for grains but also used for medicinal materials, but the application in food was still slightly "sluggish." It is-pepper. In fact, not only is the price expensive, the pepper itself is also very spoiled. Its smell will be lost with the volatilization of chemical substances, so sealed preservation helps to preserve the fragrance of pepper for a long time. At the same time, the pepper will lose some of its aroma under the irradiation of light. After being ground into powder, the aroma of pepper will volatilize more quickly, especially the heat generated by the machine grinding will intensify the process of aroma volatilization. Only freshly ground can ensure that the unique aroma of pepper will not evaporate or lose. When cooking, holding a pepper grinder to grind and crush the pepper grains and sprinkle them on the surface of the food is an excellent way to maximize the aroma of black pepper.

At present, most of the pepper grinder cores on the market are made of stainless steel, which is likely to be corroded during salt grinding. In order to avoid this situation, we have chosen ceramic grinding cores, which are non-toxic, non-polluting, non-oxidizing and non-corrosive. The high wear resistance hardness is second only to diamond, and the unique non-metallic property does not produce pores and effectively resists the growth of bacteria; its thermal conductivity is much lower than steel, and the heat is small to retain the aroma; the color is white and round, with a jade texture, adding nobility enjoy. 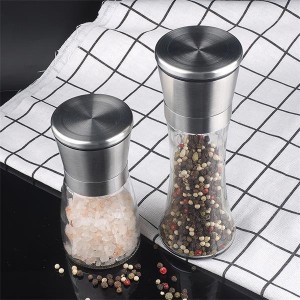